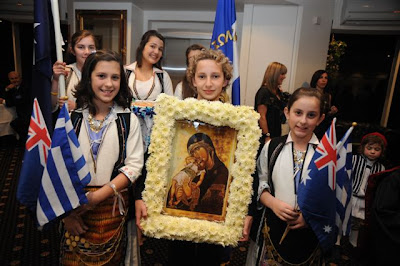 On 20 September 2008, members of the Panepirotic Federation of Australia attendned the Macedonian Pita Festival of the New United Villages of Florina - a vibrant association that is devoted to maintaining the Greek traditions and idenity of the region of Florina. This event was also attended by the Speaker of the House of Representatives, the Hon Harry Jenkins, Federal Member for Calwell, Maria Vamvakinou, State member for Northern Metropolitan Jenny Mikakos and State Member for Mill Park, Lily D' Ambrosio.

In his address, Panepirotic Federation Secretary Konstantinos Kalymnios emphasized the hellenic character of Florina and the ties that bind the region to Epirus. Alexander the Great's mother, Olympias, was an Epirotic princess. The Cheimattiote captain Spiros Spiromilios also fought for the freedom of Florina in the Prespan Lakes.

Father Stavros, of the Greek Orthodox Archdiocese of Australia, of Epirotic descent, referred to the sections in the Bible that attest to the hellenic character of Macedonia. 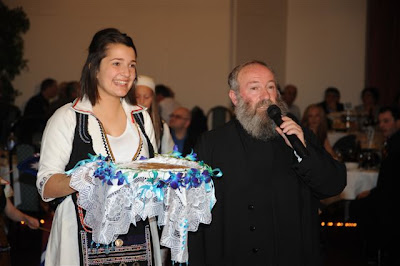